In the last month it struck me that I could have another baby.

I know it seems absurd that I haven't considered it much before this. Owen is 3-1/2 and I'm 42. So if it was going to be on my radar, it probably should have been before now.

When Owen was about 1-1/2 I felt a brief (I believe hormonal) urgency to have another one asap. But the feeling dissipated as the craziness of life with a toddler took over, and a couple of years went by.

Just recently I met up with, for the first time, a group of SMCs in my city. For a long time I've been on the look-out for a community of SMCs here. I knew of other women who were trying but not others who were being. Then all of a sudden there were 4.

We met in a park. Owen is the oldest by over 2 years. And all of them, to a person, talked about when they were having another.

I was somewhat floored. Really? Like, you can do that? As a single mom? And you have no worries about it? yes, yes, and nope, not really.

I must say it did get me to thinking. I realize, yes, technically, I could have another. And wouldn't that be nice for Owen, both now and in the far future, to have a bigger family.

Until now it's been the practicalities that have kept me away from this decision. Like, how would I travel? How would I deal with the logistics of work and childcare and illnesses and etc? And how would I afford it?

But the more I ponder the more I realize that there's a lot more to my hesitance than mere practicalities. I think that if it really was about practicalities, I'd find a way. When I really start to analyze it comes down to a quality of life that I'm still seeking, and that I want for Owen, and that I'm not sure I can provide for two.  My thoughts in a nutshell:

1)  I love Owen's age and the independence it has brought to our lives. Don't get me wrong, I loved being a mom to an infant and (most of the time) a two year old, but three is just awesome. This is partially because of the variety of things we can do together, including going exploring for the day without a set plan (something I have always loved to do), while not worrying quite so much about schedules of eating and sleeping. I love going on adventures whether it is the beach or taking the train to Boston to a museum, and I realize how happy it makes me. And I love doing these things particularly with Owen. If I have another baby we'd be essentially "holed up" again for the next 3 years, encumbering my ability to share these experiences with Owen just as he's getting to the perfect age (5, 6, 7) to enjoy them the most.

2)  I love to travel. One of my dreams is to save money (ha!) and begin to take substantial trips with Owen abroad when he is at the right age (not sure when that might be, 10? 11?). I would love to go to South America, Africa, Asia, etc, and I picture this as something that will create special and important experiences for Owen as well as be just plain fun. If I have another child, this will not be possible either logistically or financially.

3) I want to buy a better home for Owen and me. I've touched on this before, but we are "stuck" in a condo at the moment and I want to find a modest single family in the part of town I want to be in. I would be in a bind for housing if I had another---too cramped to stay where we are but too financially pressed to move somewhere else. Having the right home is really important to me. I think about it literally. every. day.

4) Another thing I've thought about a lot are my particular struggles with parenting. I'm doing well, I think, with a few hiccups here and there but I'm not sure how I would take the stress of two. I am an introvert. I need a lot of alone time. At this point, I get my alone time after Owen is in bed, and that's about it. If I had no alone time (who knows when baby #2 will sleep?), I don't think I would be a very effective parent, nor would I enjoy it very much. I think maybe it is best for me to focus on the one relationship I have rather than potentially compromise my relationship with both children because of my lack of inner calm.

5) I really would like to socialize and date at some point in the future. (Ok, nobody *wants* to date. I mean have a relationship.) This has felt impossible for me since becoming a mom (see #4 and need for alone time). And how would this work, exactly, with #2?

I'm sad to turn away from the possibility of T42 (and I know for a fact that if I were partnered, I would definitely have more than one child). But this is definitely the right decision for my life, and for Owen's life.

Happy to hear that you found some local smcs to hang out with!

Your reasons are all good ones and very similar to how I feel about T43. I tell myself that I'm 95% sure that finished because if my circumstances changed (winning the lottery or a relationship) I would be all over that 5%

I am sure I would go for a second if circumstances were different. I still haven't fully let go of T42, but almost. All your reasons are very similar to mine though and its great to read someone else rationalising the same was about the same issue. Thanks for sharing. I am really happy for you that you are now at peace with your decision too. FX for all you dream of for yours and Owen's future

I wrote almost the same post this summer!! I had more embryos because I thought I wanted two but for many of the same reasons I realized that it was not what was bets for Elsie and me. I think the last one (or maybe the 2nd to last) about needing time for yourself was what made me ok with the decision. As nice as it would be for Elsie to have a sibling, I realized having a good mom (or better than if I had two) was more important in the grand scheme of things.

Hello,
I am a psychologist and a blogger (http://docgrumbles.wordpress.com). I am currently conducting a survey of bloggers who post about pregnancy, fertility, adoption, pregnancy loss, and parenting. I would like to extend an invitation for you to complete the brief survey found here:
https://www.surveymonkey.com/s/MLVBHDG
(I am very sorry to leave this in a comment like a spammer!)
Thank you so much!
Dr. Grumbles 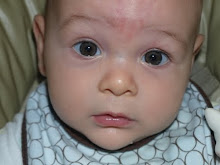